unconscious Jewish settler, after spending the whole night and morning in a home made bunker, being transfer by border control soldiers and paramedics to an ambulance.
Settlers know that the evacuation would not declare complete until their bunker will be breech. the bunker was breech, in consideration of settlers life's and well being, three hours after the rest of the evacuation was done.
The evacuation took place after a few Jewish settlers family took over houses outside of their permitted area in Hevron. The Supreme court order them to evacuate by will. once deadline for evacuation arrived, a green light was ordered for the force evacuation.
Hevron, Israel. 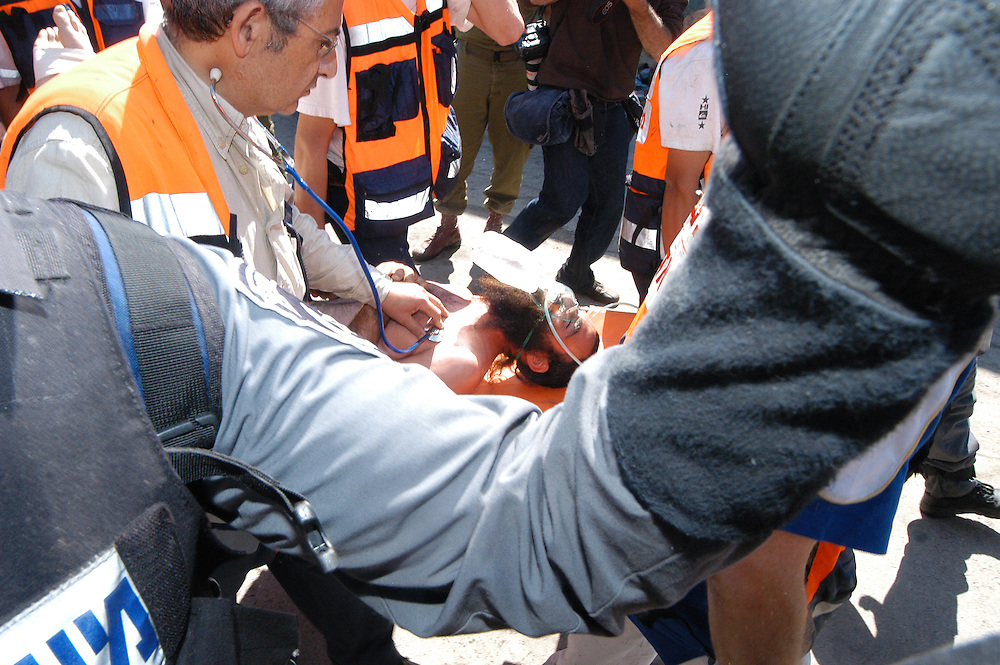